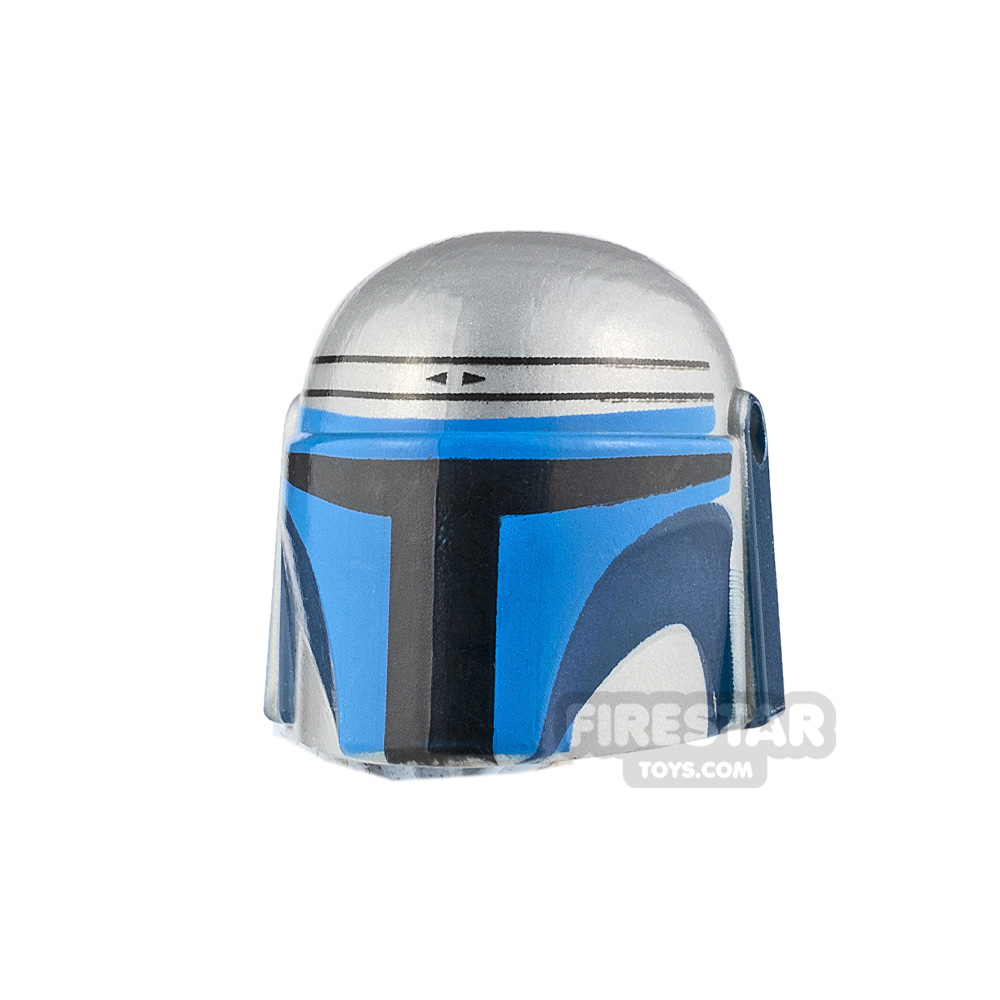 With the LEGO Jango Fett Helmet you can take a step closer to owning one of the most ruthless Mandalorians to ever lay claim to the LEGO Star Wars galaxy.

A popular character due to his dual-wielding, cowboy-esque attitude, Jango is the character who the Clone Troopers were modelled on within the Star Wars films. An elite warrior and a trained Mandalorian Mercenary, Jango finds his new home on Kamino alongside his son, Boba. When Jedi Master Obi-Wan Kenobi begins to sense an evil plot, however, Jango is forced to flee – before he ultimately falls at the hands of Mace Windu during the battle for Geonosis.

Jango’s helmet is a fantastic multi-coloured piece making use of light blue, dark blue and silver to create a unique helmet with multiple details packed into it. It also includes a flip-down range finder, helping to capture his iconic look. Whether you want to re-make the iconic character or create your own Mandalorian, this helmet will be the perfect start!