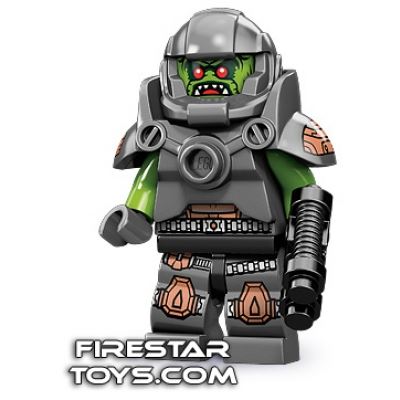 The Alien Avenger is part of a team of rough, tough space warriors assembled from all across the galaxy. With armor and weapons scavenged from the battlefields of a hundred war-torn worlds, he may lack military discipline, but he makes up for it with brute strength and eagerness to charge into battle no matter the odds.

As one of 5,000 identical siblings, the Alien Avenger is used to not standing out in a crowd. But it doesn’t bother him that some may see him as just another nameless, faceless trooper – give him a planetoid beneath his feet and a disintegrator blaster in his hand, and he’ll take on anything and everything that comes his way!