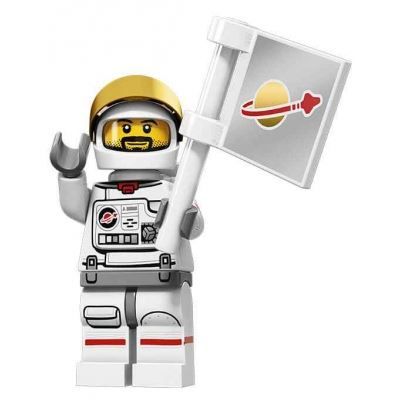 “That’s one small plate for a Minifigure, one giant brick for minifigure-kind!”

All his life, the Astronaut has been obsessed with exploring outer space. He read every book he could find about the space program, built his own pretend rocket-ships out of spare bricks, and even tried eating the astronaut way – out of a tube. That got messy fast.
Now that he’s made his way through real astronaut training, the Astronaut is finally on his way to his first new planet. He can’t wait to get there! He’s brought a flag to plant on the surface and everything. He wonders if he’ll encounter any unusual life forms when he arrives. If he does, he hopes they like the spiffy new beard he grew during his long space voyage!