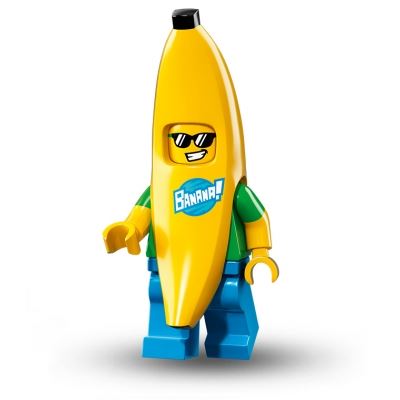 “Did somebody say BANANA?!?”

Whenever somebody at a party mentions bananas, you can bet that the Banana Guy will be there. He’s just a wild and crazy guy in a banana suit who loves two things: bananas and partying. It doesn’t matter what kind of party it is; as long as there’s music and dancing, he’ll be boogieing down banana-style until either the party ends or the Gorilla Suit Guy shows up.
The Banana Guy never takes his banana costume off in public (he doesn’t want anybody to slip on the peel, which the Clumsy Guy definitely appreciates), so nobody is quite sure who’s behind those sunglasses and that grin. But there’s one thing about the Banana Guy that can be said for certain: he’s an excellent source of potassium!