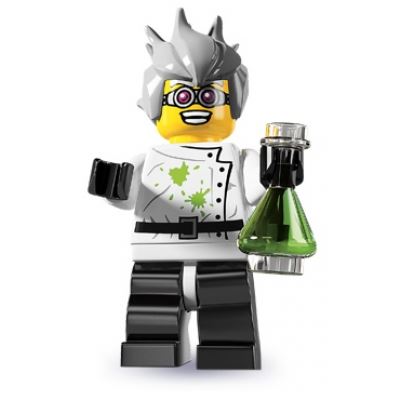 "Ah hah hah hah! They called me mad at the university...and they were right!"

The Crazy Scientist really loves mad science. He's got all the right equipment: a spooky old laboratory, shelves of beakers and tubes full of bubbling liquids, and even one of those antenna things with the little bolts of lightning that go up and down. He's still looking for just the right creepy assistant, but he's sure that one will answer his ad soon.

On the other hand, there are the experiments. The Monster was one, but just like the rest, it didn't turn out quite as planned. It was supposed to be all evil and scary, but instead it turned out friendly and nice. No matter how hard he may try, the Crazy Scientist can't seem to create anything really bad. He just doesn't know where he's going wrong, and it's driving him crazy!