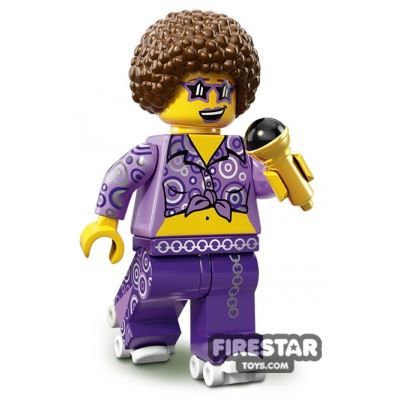 “Everything comes back sooner or later!”

When the Disco Dude went back in time, the Disco Diva stayed in the present day. She knew that she didn’t have to go looking for a golden age of disco – if she waited long enough, it would come to her. And she was right!

All over the LEGO® world, disco is suddenly making a big comeback. Everybody is wearing disco fashions, playing disco music, and dancing and roller-skating to the flashing disco lights. Maybe it’s just the natural cycle of trends, or maybe the Disco Dude somehow changed history. The Disco Diva doesn’t care either way – right here, right now is exactly when and where she wants to be!