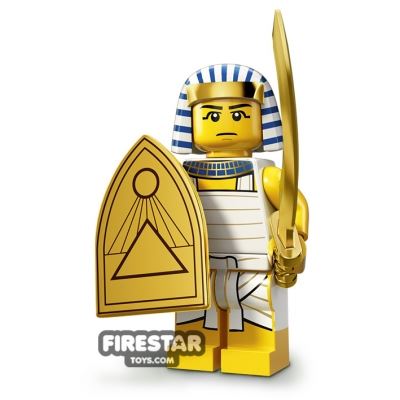 £8.95
Earn 8 StarPoints when you buy this item! Find out more about Star Point rewards here
LEGO CMF Series 13 Egyptian
£8.95
Sorry this item is out of stock
Share: Facebook Twitter Pintrest

Life is tough when you’re a soldier of ancient Egypt. Not only does the Egyptian Warrior have to get up before sunrise and train all day to serve in the Pharaoh’s army, but even when he’s not fighting, he’s tending the fields and helping to build new pyramids and temples – and when you have as large a pantheon of gods as ancient Egypt does, there are a lot of temples that need building.

The Egyptian Warrior really can’t wait for modern times to roll around. The first thing he’s going to do is take a trip somewhere as far away as possible from any sand and deserts. Then he’ll get a motorized chariot to drive around, and maybe even a little pyramid of his own to call home. Yep, the future’s going to be great!