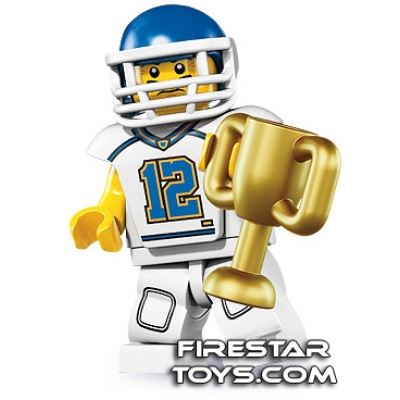 “Bring it on! I’m ready for anything!”

The Football Player wants to make sure that he never lets his team down. That’s why he trains for every situation that could possibly affect the outcome of a game, no matter how strange or unlikely. It might make the other players look at him a little funny, but he knows it’s always best to be fully prepared.

He trains in snowshoes, because they might have to play during a blizzard in Antarctica. He trains in scuba gear just in case they have a game underwater. He trains in math, physics and history to make sure he can calculate interception angles, tackling speed and battlefield (or football field) strategy. The Football Player knows that all his hard training will pay off some day, and when it does, he’ll lead his team to awesome victory!