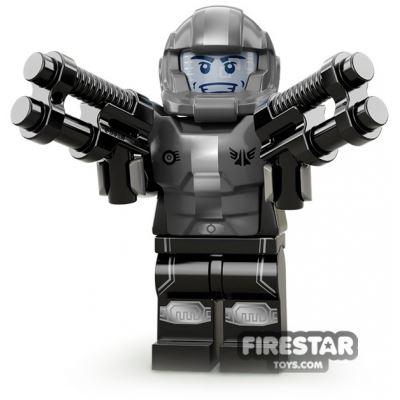 “If you want to steal those energy crystals, you’ll have to get past us first!”

When evil aliens and space crooks attack, the Galaxy Troopers stand ready to turn them back. As the front line of defense for the universe’s peaceful planets and outposts, these can-do interstellar warriors use their double-barreled stun dischargers and slime-resistant armor to protect innocent species and civilizations all throughout known space.

Although they battle as a single well-organized unit, in between cosmic invasions, each Galaxy Trooper has his or her own individual hobby. One bakes amazing cakes, another knits cozy socks and scarves, and there’s even a trooper who’s working on a stand-up comedy act. Knock-knock. Who’s there? It’s the Galaxy Troopers!