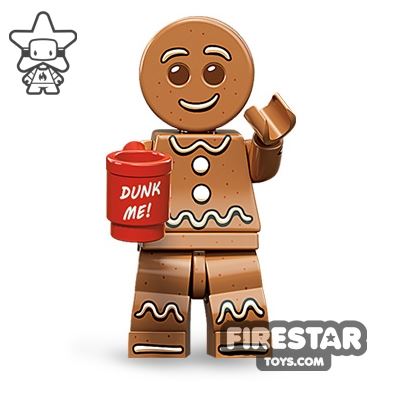 The Gingerbread Man is always trying to get people to chase him. Maybe someone added a little too much sugary molasses to the recipe when he was made, or maybe it’s just baked into his gingerbread nature, but he’s constantly running around town to show off how he’s the fastest thing on two icing-frosted feet.

It must be said that a big, round, flat head isn’t the most aerodynamic thing to have sitting on top of your shoulders when you’re sprinting at full speed. It’s nearly gotten the Gingerbread Man caught a few times. He’s tried turning it sideways, but then he can’t see where he’s going!