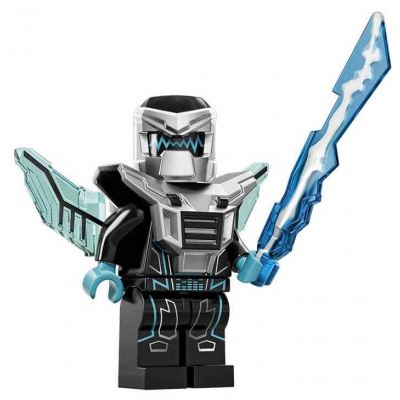 The Laser Mech is totally, completely, and 1000% rad. When he blasts onto the scene with his transparent techno-wings and neon-piped high-visibility stealth armor, his beltline display pulsing to the rocking beat of his own riotous theme song, everybody knows that the coolest robotic hero in the universe has arrived.
The Laser Mech has a digi-tronic super-computer brain and an amped-up neutron-fusion heart. He’s programmed to use his unstoppable VR ultra-cyber-ninja moves to turbo-kick, ultra-punch and giga-zap his way out of trouble…and if all of that isn’t enough, then he unleashes his ultimate weapon: an amped-up electro-sword that can vibrate its way through any obstacle. Nobody’s more awesome!