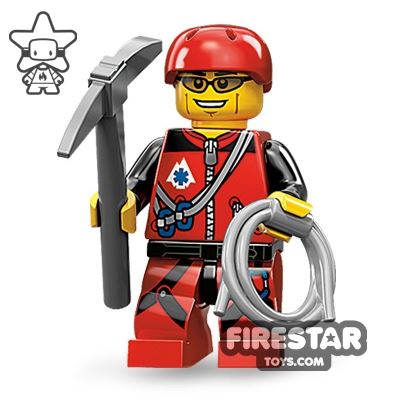 “No cliff too steep, no peak too high!”

The Mountain Climber doesn’t just like to climb – he’s also a highly-trained and skilled rescue worker! If anybody gets stuck on a mountainside, he’s the one who gets called in. Whether he’s rappelling down from a helicopter in high winds or scaling up a snowy slope with medical supplies, he never gives up and he never loses hope.

And it’s not just his fellow citizens that he helps, either. In his years of experience, the Mountain Climber has rescued stranded mountain goats, birds that have gotten lost in mid-migration, and even the Yeti once when a particularly loud yodel buried the creature in snow. After all that hard work, he’s always got hot chocolate and soup waiting for him when the rescue’s done!