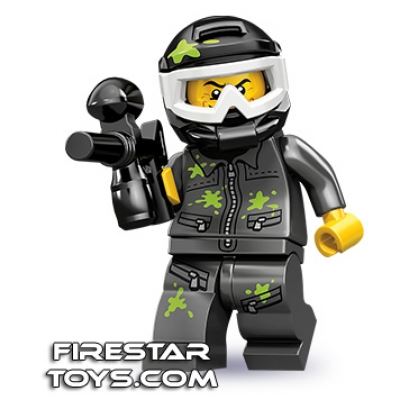 “Ah, the most dangerous game…paintball!”

The Paintball Player is constantly challenging his friends to paintball matches. When he plays, it’s with plenty of enthusiasm…maybe too much, because his excited whooping and hollering always seem to result in him getting totally splattered with paint as soon as the match begins.

But the Paintball Player doesn’t mind. As far as he’s concerned, he’s the best player in the most exciting sport around, and no amount of losses – or paint all over his clothes and helmet – will ever change his mind. And if his teammates object…well, they’re probably just not playing the game right!