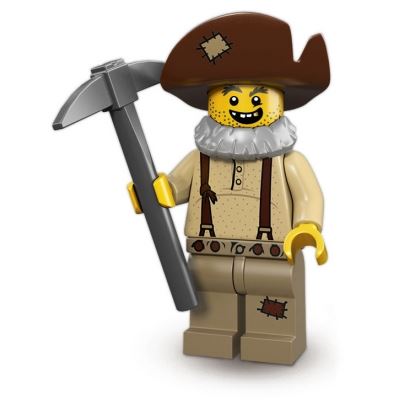 The wacky old Prospector is always trying to get rich with some hare-brained scheme or another. If he’s not digging for gold out in the desert, then he’s hoping to strike oil with his pickaxe, or find buried outlaw treasure, or uncover a crashed flying saucer that he can sell to a museum. None of his plans ever pan out, but he just comes up with a new one and heads right back out into the wilderness to try his luck again.

Some may prefer being a city-slicker with a roof over their heads, but that’s no life for the Prospector. Give him a sky full of stars, a campfire and a tin of beans, and he’s as happy as a prairie dog in dirt. So what will he do with all of that money when he finds his fortune? Why, that’s easy, pardner – he’ll get a new hat, maybe finally change his shirt, and buy himself the biggest tin of beans in the entire Old West. Yee-haw!