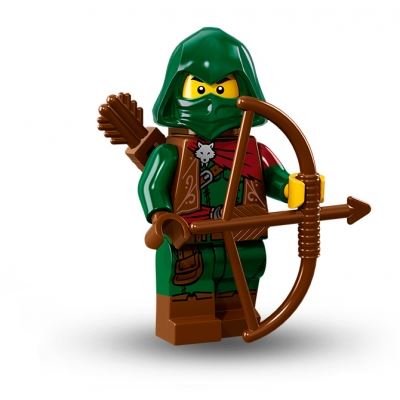 “If you want to be a Rogue, you’ve got to run with the wolves.”

The sneaky, shadowy Rogue answers to no king, queen or lord. A member of a feared pack of renegades, he doesn’t let anything – or anyone – stand in the way of his quest for riches. Unlike the noble Forestman and his famous band of merry outlaws, the Rogue would never go out of his way to rescue someone, nor risk himself for a stranger’s sake. Or at least that’s what he tells everyone.
They say that even the darkest heart has a spot of good hidden deep inside, and the fact is that the Rogue has been known to lend his skill with a bow and arrow to a worthy cause once or twice (even if he’d never be willing to admit it). Most of the time, though, he’s strictly on the side of lawbreaking and thievery, as sure as his favorite color is green!