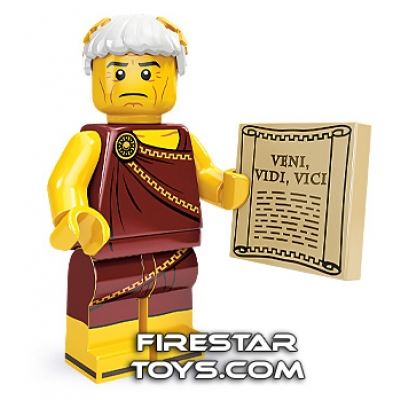 As the ruler of a great ancient empire, the Roman Emperor is used to getting his way all the time. He expects the other Minifigures to polish his sandals, feed him grapes, and carry him around wherever he wants to go, and it really steams him up when anybody disobeys.

There’s only one thing that the Roman Emperor likes better than being obeyed, and that’s making up new rules for everybody else to follow. He’s especially fond of creating extra months in the year and naming them after his favorite food and pets. And if anybody doesn’t like celebrating the 5th of Hamstertober, well…that’s why he keeps the Roman Soldier around!