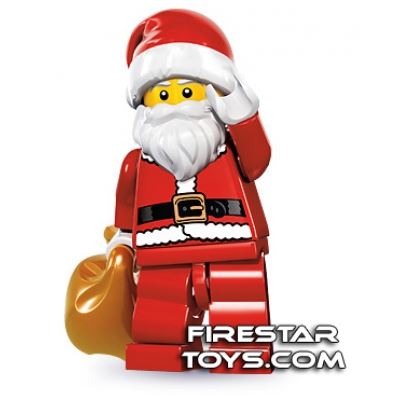 Rumor has it that a legendary minifigure known as Santa comes flying through the sky on his sleigh to give out shiny new bricks to anyone who needs to get some building done. Then, as soon as he’s done, he’s off on his way again with a belly-shaking laugh.

But who is this jolly old man of mystery? He’s supposed to live up at the North Pole, but the LEGO® Arctic team never reported running into him during their millennial expedition. And where does he get all of those bricks, if not at the LEGO factory in Denmark? The world may never know for sure!