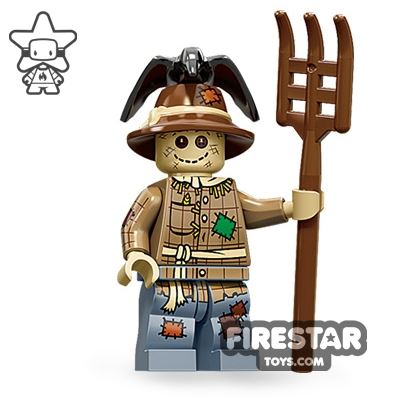 “Let me know if you see any birds around here!”

The Scarecrow takes his duty of keeping birds out of the farmer’s cornfield very seriously, and he tries his hardest to frighten them off whenever he sees one fly near. He thinks he’s the spookiest thing around, since no one has ever told him that with his smiling face and button eyes, he actually doesn’t look all that scary.

Although he can’t tell through his straw-stuffed noggin, the Scarecrow’s wide-brimmed old hat has become a favorite perch for a local crow. It always politely waits until he’s not looking before it swoops down to nab a snack, so as far as he can tell, he’s doing a perfect job!