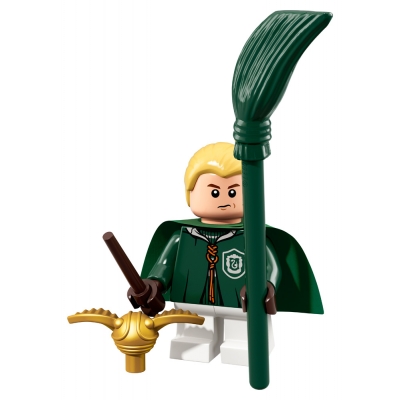 The spoiled, snooty son of a long line of wizards and witches, Draco Malfoy™ looks down on anyone with a less prestigious heritage than himself. Upon entering Hogwarts™ School of Witchcraft and Wizardry, he developed an instant rivalry with Harry Potter™ and has done everything he can to make Harry’s time at school unpleasant. Draco plays Seeker on the Slytherin™ House Quidditch™ team, chasing the Golden Snitch on his expensive Nimbus 2001 broomstick.