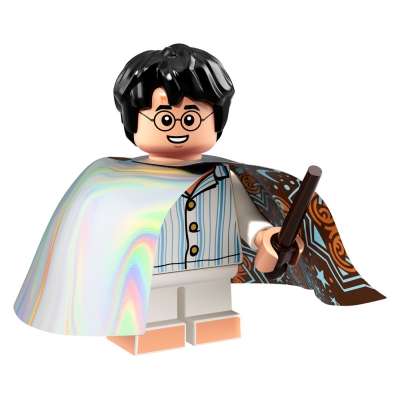 Harry Potter™ is having an eventful first year at Hogwarts™ School of Witchcraft and Wizardry. First, he learned he was a wizard, then found out the lightning-bolt scar on his forehead was given to him by the Dark wizard Lord Voldemort™, a.k.a. He-Who-Must-Not-Be-Named.Now he’s received an Invisibility Cloak as a surprise Christmas present. The Boy Who Lived is off on one of his first magical adventures in the Wizarding World!