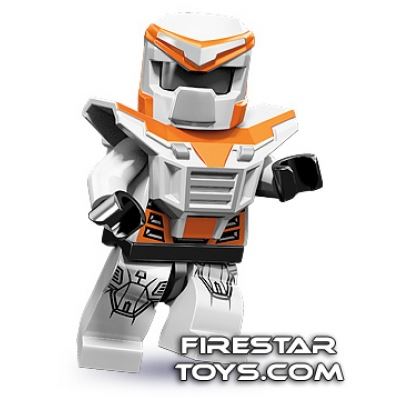 Whenever danger threatens the planet, the mighty Battle Mech goes into action! Launching from its secret base, it blasts through the sky on powerful retro-rockets, using an arsenal of built-in weaponry and gadgets to battle enormous space monsters, out-of-control asteroids, and other perils.

No one knows for sure who built the Battle Mech or who commands it on its missions. Did it come from another dimension where it stood thirty stories tall? Is it remote-controlled by a team of young science students? Whatever the truth, there’s no denying that it’s one of the greatest hi-tech defenders the world has ever known!