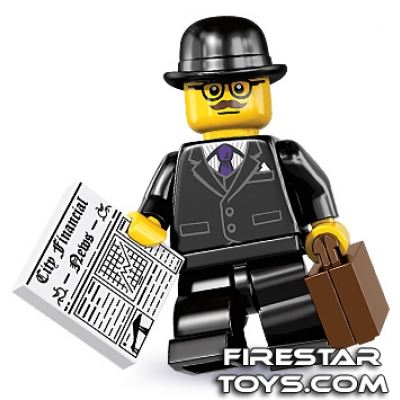 “Me? Why, I’m just a simple businessman.”

It must be stated from the outset that the Businessman is simply an ordinary office worker. He is emphatically not, for example, a highly-trained secret agent who goes on daring undercover missions on behalf of the Crown, traveling under a humble guise in order to thwart the plots of mad scientists and evil masterminds all around the globe.

The Businessman’s bowler hat is most certainly not packed with hi-tech devices ranging from sophisticated listening gear to a deployable grappling line. Likewise, his perfectly normal briefcase does not contain a hidden microcomputer, and his newspaper is not a well-camouflaged data-pad with a remote satellite uplink. Nor do his glasses allow him to see in the dark or magnify distant objects a thousandfold. No, he’s just a regular, everyday businessman, and any rumors to the contrary should be strictly ignored.