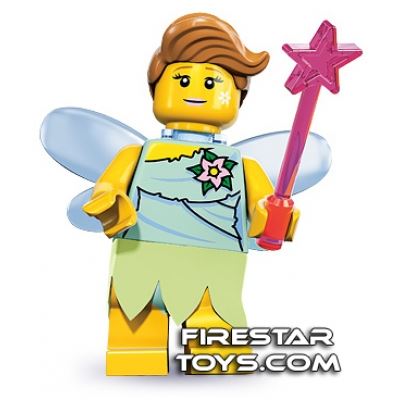 “Now, what was it you wanted? A quarter for your carriage, or a tooth turned into a pumpkin?”

To say that the well-meaning Fairy is a little bit confused would be an understatement. She spends so much time flying to and fro (not to mention up, down, over and under) that she occasionally gets her thoughts a little bit jumbled-up. And she’s just so carefree that she’s even forgotten what kind of fairy she’s supposed to be!

Is she a fairy godmother? A tooth fairy? One of those fairies who flits around meadows making dewdrops appear and flowers bloom? She tries being all of them, but she keeps mixing up what she’s supposed to do. She’s granted wishes to frogs (they wanted flies), left glass slippers under pillows (fortunately, they were very strong slippers) and transformed rocks into handsome princes (they mostly just sat around). Fortunately, thanks to the laws of fairy magic, no matter how mixed-up she may get – with a wave of her magic wand and a flutter of her wings, there’s always a happy ending!