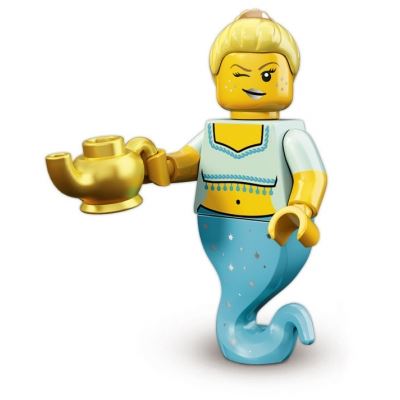 "Are you suuure that’s what you want?"

The Genie Girl considers herself to be a professional Wish Consultant. Most genies will grant the exact spoken wishes of anybody who rubs their magic lamps, but she likes to make sure that whoever is wishing really knows what they’re getting themselves into. She doesn’t want there to be any silly wish mistakes on her watch!

The official rules say that the Genie Girl isn’t allowed to tell her lamp’s holder what to ask for, but she can still nudge wishes in the right direction by pointing out their possible accidental down-sides (you wouldn’t want to ask for super-powers and get the proportional speed of a slug, or wish for a castle and end up with one that’s under water). Once you’ve picked the right wish, all she has to do is wink, and it’s granted!