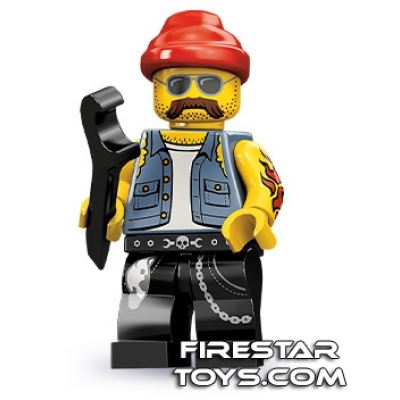 “Clunking sound? Yeah, that’s supposed to be there.”

When you want your ride to really roar, you take it to the Motorcycle Mechanic. He may look scruffy, but this veteran biker knows every inch of a motorcycle inside and out, and there’s no one else around who’s as good at making them perform their best.

Make no mistake: your bike may not look very pretty by the time the Motorcycle Mechanic gets done with it. His method of fixing up a part involves banging on it with his wrench until it works, and he says that any resulting dents, clanks or rattles just give a cycle more personality. But you’ll have to admit that after one of his repair jobs, it definitely runs faster, further, and above all LOUDER than ever before!