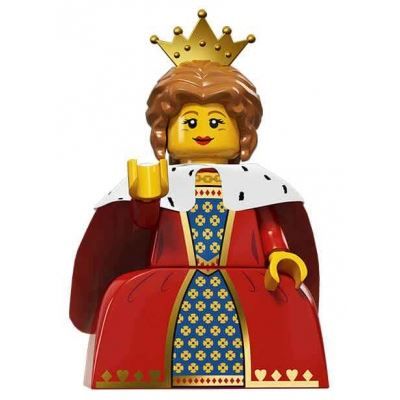 “Let us get with the times!”

The Queen comes from a slightly larger kingdom than the Classic King, and as such she wonders if it wouldn’t be a good idea to be a little less old-fashioned and a little more up-to-date. There are all sorts of modern conveniences that could help to improve their golden castle, like one-piece portcullis gates and base plates with built-in dungeons and walls with lovely stone-and-ivy patterns.

Between the King’s big ideas and the Queen’s grand vision, their united lands are moving swiftly toward the future. New armor! New horses! New taverns and towers! In fact, the kingdom is growing so vast and successful that they’re starting to think about splitting it in two and giving half to each of their royal children. Surely that can’t lead to any trouble, can it?